HomeSCRREEN news SCRREEN workshops: a recap of the Expert Group Meeting on “Resources”

SCRREEN workshops: a recap of the Expert Group Meeting on “Resources” 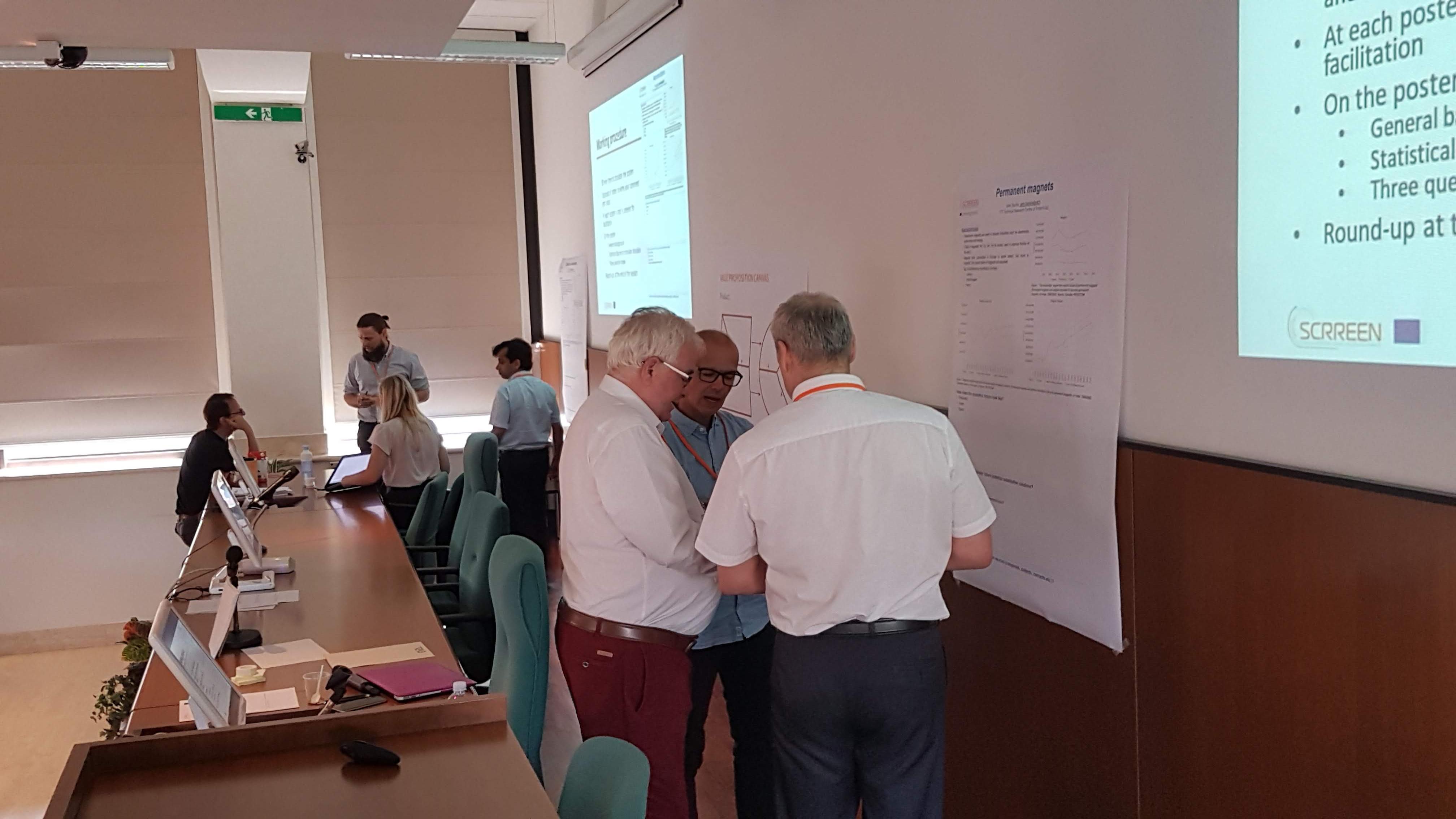 “As the leading public project agency on resource efficiency & circular economy in Germany for both R&D and innovation , it is crucial for us to participate in a broad stakeholder exchange on these topics. The SCRREEN workshops created an avenue where different actors could share their expertise on the results of project and beyond. – JF Renault (PtJ)“

The SCRREEN Expert Group Meeting on ‘Resources’ took place on 10 July 2018 and focused on mapping, assessing and quantifying the (primary and secondary) CRM resources in Europe. The meeting took the international context into account as well as aspects of production, market, technology gaps/barriers and innovation pathways in the CRMs value chain. Divided into two parts, the meeting covered the deliverables of WP3 (Resources) including several recommendations on ‘Improving CRM data availability’ and also encouraged feedback from the experts, clearly showing the value of bringing together stakeholders with different backgrounds and priorities to jointly look at the complex issues related to the minerals and metals industries from an EU perspective.

In this respect, a Statement from Patrice Christmann with regards to policy-making at EU and national levels, shall be mentioned:

“The EU relies on free, undistorted global markets, to secure the imports of raw materials supplies vital to a huge number of downstream supply chains and economic processes on which its economic and social well-being depend. This paradigm which was functional during the second part of the 20th century, due to the economic dominance of the « Western » world could be lethal to the EU in a multipolar world with resources and other forms of nationalisms developing while EU and its economic players are increasingly loosing the influence and power they had in the past.

In this context, the fragmented EU lacks the legal basis and the political might to develop an industrial policy and to talk on equal terms with China, a giant of 1.4 billion inhabitants with a clear industrial policy and well identified policy targets that are turned into actions that redefine the global material flows. Each of its Member States taken individually is way too small to play a major role in the new economic and social balances that will shape the XXIst Century.

Minerals and metals related issues are complex, and this complexity is growing further when all the technological, environmental, social and governments are taken into consideration, something of essence if the 17 UN Sustainable Development Goals are to be met and if the threats to humanity that resources nationalisms are bearing.

This calls for a permanent capacity to bring together the many stakeholders, within the EU and beyond its borders, to develop collective intelligence on critical minerals related issues, and define criticalities with major attention to foresight, as the international scene is evolving fast, and technologies that impact on supply and demand balance even faster. This collective intelligence is needed to address important issues such as policy, production, recycling, substitution and governance.

The rich panel of diversified expertise and the mobilisation of collective intelligence that SCRREEN makes possible is of great value to better understand the complex issues around indivual minerals and metals, and how they differ from one mineral/ metal to another”.

Subscribe to the SCRREEN newsletter for the latest news and highlights!