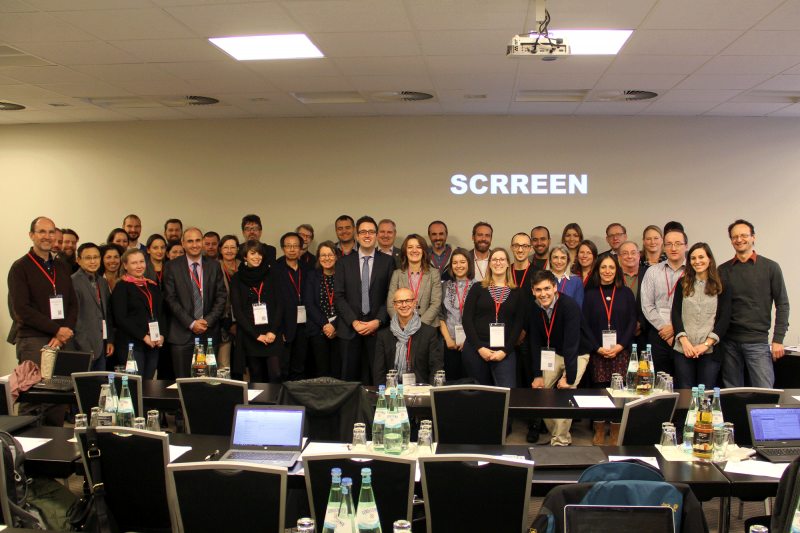 PRESS RELEASE The EU is highly dependent on critical raw materials (CRMs), which are crucial for a strong European industrial base. There is a need to tackle a number of gaps in the knowledge of CRMs to foster the supply from EU sources. One of the major challenges regarding the EU knowledge base on primary and secondary CRMs as well as their potential substitutes is the quality, harmonisation of the collected data and information sharing at the different levels within the EU.

In this context the SCRREEN project was launched on 1 November 2016 and will last 2.5 years. SCRREEN, funded by the EU in the frame of the Horizon 2020 TOPIC SC5-15a-2016 grant agreement number 730227, aims at gathering European initiatives, associations, clusters, and projects working on CRMs into along lasting Expert Network on Critical Raw Materials, including the stakeholders, public authorities and civil society representatives.

SCRREEN will contribute to improving the CRM strategy in Europe by:

SCRREEN comprises 30 recognised key actors on the topics of primary and secondary CRMs as well as on the substitution of CRMs. SCRREEN is coordinated by Dr Stéphane Bourg from CEA. The kick-off meeting of SCRREEN was held in Berlin, Germany, on 12-13 December 2016. All partners discussed the technical content, tasks to be carried out during the next six months and administrative and financial issues.